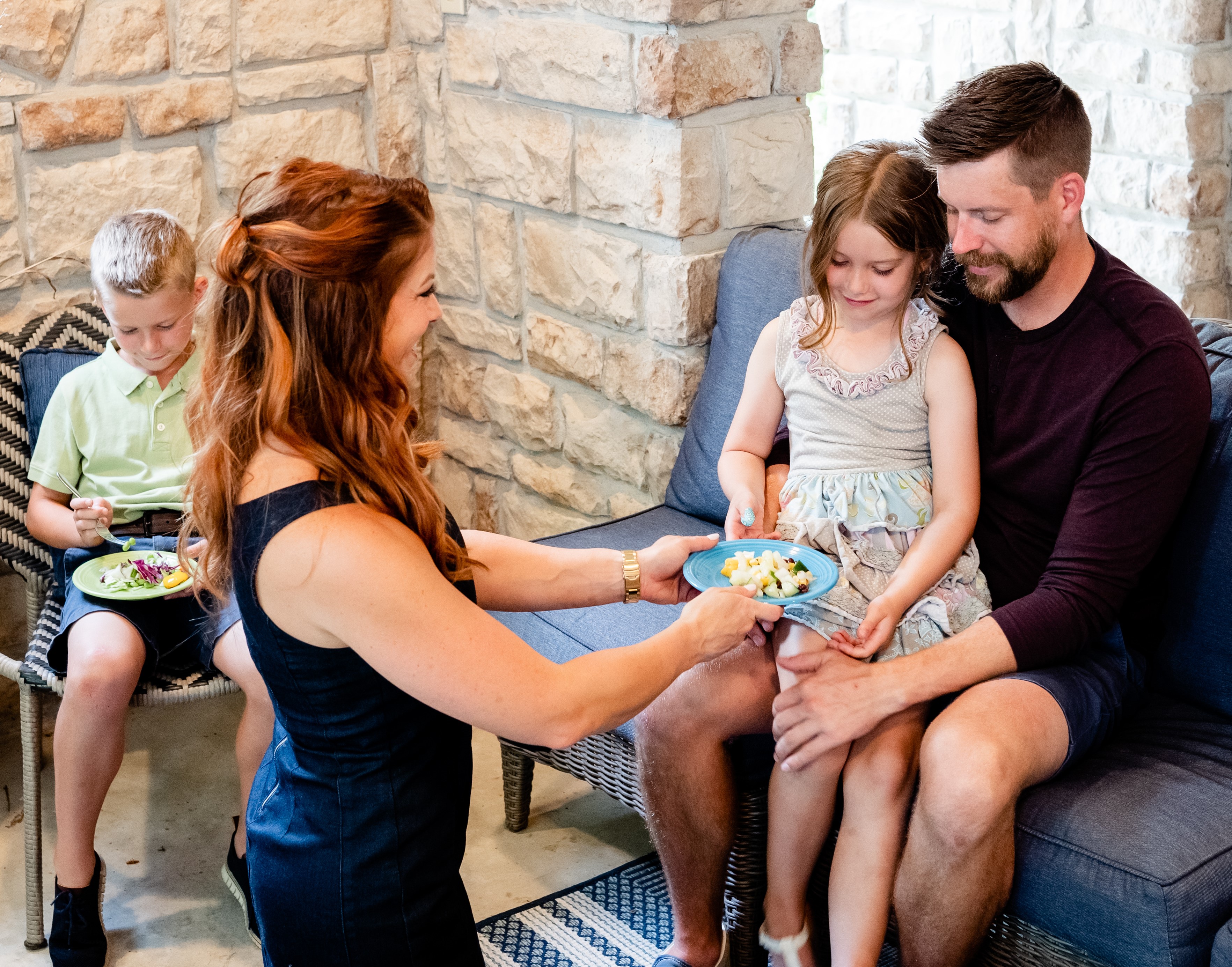 Editor’s Note: The information discussed in this article was taken from a review published in Critical Reviews in Food Science and Nutrition that was co-authored by Mark Messina, PhD, the author of this condensed summary. The full and complete technical review can be freely downloaded by clicking here.

The term endocrine disruptor (ED) is relatively new, having originated in the early 1990s.1 In 1996, a U.S. Environmental Protection Agency workshop defined EDs as “exogenous agents that interfere with the production, release, transport, metabolism, binding action or elimination of natural hormones in the body responsible for the maintenance of homoeostasis and the regulation of developmental processes."2 Subsequently, an Endocrine Society statement re-defined EDs as “an exogenous chemical, or mixture of chemicals, that can interfere with any aspect of hormone action.”3

Alternative terminology that may be especially applicable to food components is “endocrine-active substances.” According to the European Food Safety Authority (EFSA), endocrine-active substances are any chemical that can interact directly or indirectly with the endocrine system, and subsequently result in an effect on the endocrine system, target organs and tissues. whether the effect is adverse (“disruptive”) or not will depend on the type of effect, the dose, and the background physiological situation.4

Over the past 25 years, there has been an exponential increase in ED research as evidenced by the number of ED-related peer-reviewed publications (Figure 1). 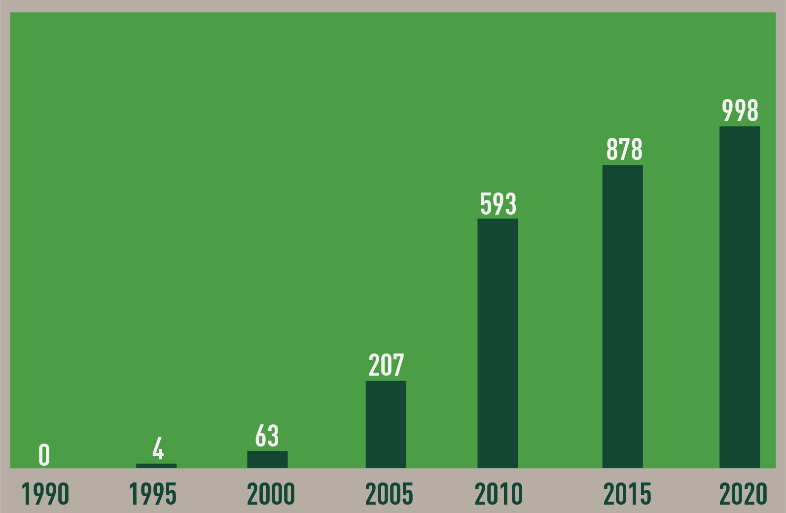 Claims have been made that people are exposed to hundreds of synthetic and natural EDs that may affect a diverse range of conditions and processes such as infant development, adult-onset diabetes, and obesity.5 Some EDs may be in the food we eat. One such example is bisphenol A (BPA), a chemical produced in large quantities for use primarily in the production of polycarbonate plastics and epoxy resins.

BPA in foods and beverages accounts for the majority of daily human exposure as it can leach into food from the protective internal epoxy resin coatings of canned foods and from consumer products such as polycarbonate tableware, food storage containers, water bottles, and baby bottles.6 Interestingly, a U.S. cross-sectional study found that among women undergoing in vitro fertilization, who did not consume soyfoods, live birth rates per initiated cycle decreased as urinary BPA levels increased. In contrast, among soy consumers, BPA exposure was unrelated to birth rates.7 In other words, soy may have counteracted the harmful effects of BPA.

Research into the effects of EDs is relevant to soyfoods because in the scientific literature both soy and the isoflavones in soybeans are routinely referred to as EDs.8-19 These classifications are based on the results of animal studies, which is generally the case for EDs. However, unlike other chemicals classified as EDs, a wealth of human data comprised of both observational and clinical studies exists, and can be used to assess whether isoflavones and/or soy warrant this classification.

A team of 10 internationally recognized experts recently completed a technical review of the human data to determine whether soy or isoflavones are EDs. A systematic search of the literature was conducted to identify relevant studies. One hundred and forty-nine reports (80 observational studies, 58 clinical studies, and 11 systematic reviews and meta-analyses) met the eligibility criteria. Animal studies were discussed only as background information and were not used for reaching conclusions. The specific conclusions from this review about the individual endpoints are presented below. The overall conclusion was that, after reviewing the observational and clinical studies covering a broad range of health outcomes likely to be affected by endocrine-active substances, neither soyfoods nor isoflavones warrant classification as endocrine disruptors.

Concerns about goitrogenic effects of isoflavones are based primarily on the results of in vitro and animal studies.20 In contrast to this research, extensive clinical data show that isoflavones, even when intake greatly exceeds typical Japanese intake, do not adversely affect T4 (thyronine) or T3 (triiodothyronine) in euthyroid individuals.21,22 Less research has focused on the effects of isoflavones in those with a compromised thyroid function such as subclinical hypothyroid patients23,24 and/or those whose iodine intake is marginal,25 but the studies that have involved such individuals do not raise concerns.

The overwhelming amount of clinical evidence indicates neither soyfood nor isoflavone intake affect levels of estrogen, estradiol, or total or free testosterone in men.26 Observational studies have found inconsistent associations between sperm/semen parameters and isoflavone intake. Three clinical studies, that varied in duration from 2-3 months in which men consumed 40- 480mg/d isoflavones,27-29 did not report any adverse effects, although one of these studies was not published in full manuscript form.29

Despite the in vitro identification of mechanisms whereby isoflavones can potentially impact hormone levels, and some reports of isoflavone-induced hormonal disturbances noted in animal studies, a critical review of the clinical literature shows neither soy intake nor isoflavone exposure significantly affects reproductive hormone levels in women.30,31

The available data from the limited population-based studies provide little evidence for an association between habitual soy intake and menstrual cycle length (MCL), although levels of intake of soy and isoflavones were low in 3 of the 4 studies. Based on the most recent meta-analysis of clinical trials, soy/isoflavone intervention results in a small but significant increase in MCL.30

No clinical studies have directly examined the effect of soy on fertility; however, a small study that included the addition of a phytoestrogen supplement to standard fertility treatment supports its potential to improve endometrial thickness and pregnancy rate. However, further robust trials are required. Furthermore, a pharmacological dose of isoflavones was used in this study.32 Examining the impact of a single dietary constituent on pregnancy is difficult in population-based studies, but the available data provide limited evidence to suggest soy intake has any impact on pregnancy-related outcomes. Future studies should focus on high soy-consuming populations.

It is important to again emphasize that there have not been any randomized clinical trials that have examined the effects of soy on recurrence or mortality of cancer survivors and; therefore, although national and international organizations advise that breast cancer survivors can safely consume soy,44-47 it is prudent to remain conservative and support continued research in this area.

Results seem more consistent for a protective or null effect for soy isoflavones and endometrial cancer risk compared with endometriosis. A meta-analysis of observational studies by Zhang et al.48 shows an inverse association between soy isoflavones and endometrial cancer risk, and a review of clinical studies shows no adverse effects of soy isoflavones on endometrial thickness or histopathology.49 However, these effects may be ethnicity-specific.50 In addition to individual effects on the endometrium, there is evidence that soy isoflavones can attenuate the proliferative effects of estrogen on the endometrium.32,51 The epidemiological and clinical studies do not corroborate several case reports showing adverse effects but instead point to a protective or null effect with consideration required for core factors such as estrogen exposure, timing of soy exposure, and ethnicity.

Given the limited data it is not possible to reach conclusions about the impact of isoflavone exposure on the risk of developing uterine fibroids. More research is warranted.

Current evidence suggests no clear relationship between a high habitual intake of soyfoods with advanced puberty onset. Although an early case-study (report)52 raised concerns of precocious pubertal development linked to high soy isoflavone intake, subsequent cross-sectional, case-control, and prospective cohort studies have not shown a consistent association with early development in girls or boys.53-56Other lines of evidence from observational studies57-60 and animal models61-63 linking soy to lower risk of breast cancer provide evidence that any potential effect is not associated with long-term harm. More high-quality evidence from prospective cohort studies that provide large ranges of soy exposure and randomized controlled trials of soy-based interventions in peri-pubertal children is needed to address these uncertainties.

The available evidence does not support a meaningful relationship between soy intake and hormone levels in children. Although some weak evidence from cross-sectional studies has shown limited associations of soy intake with sex hormones and thyroid hormones, these have not been replicated in intervention studies involving soy and soy isoflavones.64-66 As the intervention studies have been small and short in duration, there remains a need for additional high-quality evidence from prospective cohort studies that provide large ranges of soy exposure during long follow-up periods and randomized controlled trials of soy-based interventions.

Such studies are difficult to interpret because differences in growth rates among similarly aged children will result in considerable variations in hormone levels which might mask any effects of an intervention unless very large numbers of participants are involved. Furthermore, in the case of intervention studies, compliance is likely to be particularly problematic in young people. Finally, better insight may be gained by focusing on more clinically relevant endpoints, such as puberty onset, rather than on hormone levels.

Although limited, the existing evidence does not suggest that maternal isoflavone intake increases risk of hypospadias. A British study found a non-significant association with soy intake;67 however, there are reasons to question the findings. For example, non-soy legume intake was also associated with an increased risk despite these foods not containing isoflavones. Furthermore, and more importantly, there was no association in 3 other non-Asian studies,68-70 although the low soy intake of these populations limits the utility of the findings. More importantly, there was no association between isoflavone exposure and hypospadias in a Japanese study despite much higher maternal isoflavone intake.71 Also, rates of hypospadias are lower in Japan than in Europe and the U.S., despite Japanese women consuming soy during pregnancy.72-74

The notion that soy intake increases risk of Kawasaki disease has been investigated to only a limited extent and thus this hypothesis remains speculative. No conclusions about this hypothesis can be drawn at this time.

Proving safety is much more difficult than proving efficacy because the goal is to prove a negative, that is, to prove there is no effect. Detecting rare adverse events requires data on large numbers of people and, in many cases, among people who have been exposed to a potentially offending agent for a long period of time. For these reasons, and because healthy study participants cannot ethically be exposed to a harmful agent, animal studies are typically used to identify EDs.

However, in the case of soy and isoflavones, dozens of clinical and observational studies conducted over the past 3 decades involving thousands of individuals can attest to their safety. The recently published comprehensive technical review concludes that neither soy nor isoflavones are endocrine disruptors. Nevertheless, some research areas have not been thoroughly examined. Considerably more data exist on the health effects of soy in adults than in children. Few soy-related clinical or observational studies have involved children, despite the fact that in many Asian countries soy is part of an infant’s diet and consumption continues throughout life.

Although the existing evidence is reassuring, more clinical research involving young people is needed. These studies should not be limited to an examination of safety-related endpoints, but should also evaluate the potential benefits of soy. These potential benefits include cholesterol reduction in hypercholesterolemic children and may protect against breast cancer.