Is Soybean Oil Good for You?

Also known as vegetable oil, soybean oil is one of the most popular plant oils in the United States. However, with so many different edible oils on the market, it can be difficult to know which one to choose. In addition, due to common misconceptions about soy and soybean oil, some consumers have lingering doubts around it. Contrary to these beliefs, soybean oil is good for you and carries an FDA-approved heart-health claim. 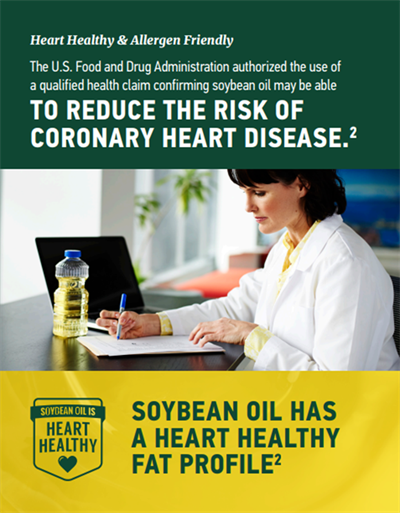 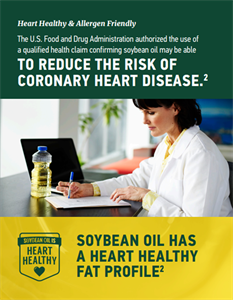 Studies show that consuming Omega-3s regularly may moderately lower your risk of developing heart disease. ALA Omega-3s may also reduce blood pressure levels. If you’re looking to incorporate more unsaturated fats into your diet, soybean oil is one of the most accessible and affordable sources of Omega-3.

However, due to older beliefs around Omega-6, there are some lingering fears that soybean oil might increase inflammation in certain populations. In the past, researchers believed that Omega-6 increased inflammation while Omega-3 decreased it. However, the ways in which Omega-3 and Omega-6 interact with inflammatory systems aren’t fully understood and require more research. Instead of telling consumers to prioritize Omega-3 over Omega-6, health organizations around the world now encourage consumers to incorporate a balanced amount of both kinds of fatty acids into their diet. In addition, recent studies on soybean oil and inflammation haven’t been able to find a link between the two.

HOW IS SOYBEAN OIL USED?

Soybean oil boasts a neutral flavor, so it can be used in many different applications in the food industry. It blends well with other fats and oils, making it a common ingredient in margarine, shortenings, dressings, baked goods, and more. Chefs and food companies have been using soybean oil as a budget-friendly replacement for olive and peanut oils for years.

How is Soybean Oil Used

Yes, soybean oil is gluten free. Soybean oil is derived from soybeans, which are appropriate for gluten-sensitive individuals as they don’t contain grain or wheat. If you have concerns about shared equipment, look at the product label or consult with your doctor for more information.
Soybean oil can fit into a low FODMAP diet. Other low FODMAP soyfoods include plain tempeh, firm tofu, soymilk (made with soy protein), soy sauce, miso, and edamame.
While experts used to believe that the Omega-6s in soybean oil caused inflammation, this is no longer the case. Currently, health organizations recommend eating a balance of Omega-3 and 6, which are both present in soybean oil!

Visit our Soy Production page to learn how your favorite soyfoods are made. Debunk some common soy misconceptions and learn why soyfoods deserve a spot on your table by visiting our Soy Myths and Facts page.